So here's how this was supposed to work: go to the Apple store to purchase iLife '09, go home and immediately install new software and the all important iPhoto upgrade (which I have resisted until I saw the editing feature in action), edit all Australia photos while baking cookies and whistling, publish said fabulous, edited photos on blog within days of returning from trip.
And here's what actually happened: accidentally purchased family pack of iLife '09 that I don't need from Apple store, decide to install anyway and return the next day, pop in the disk only to find out that I need to upgrade my operating system to run new iLife '09, also discover that I need more memory to do any of this and order another memory card to install, and since I want iLife '09 and a new operating system Apple made the decision for me that I must also include iWork in the software package. Even if I don't need/want it. Follow? To sum up, I have not edited one single picture. Oh well, here are some highlights from week 2!
We left the Gold Coast on Monday morning after the race and road tripped up North. I was hoping to hit the southern edge of the Great Barrier Reef and force the kids on a boat so Michael and I could snorkel but we didn't make it that far. We can only take so much "are we there yets", "I have to go to the bathroom," "I'm hungry" in a couple of hours!! Our first stop was a cool little town called Mooloolaba and its sister Maroochydore. Great beaches, great food but we only stayed a night and then went to the Australia Zoo. This is the zoo that Steve Irwin founded and it was an awesome place! After visiting the zoo we went further up the coast and ended up in a great little town called Noosa Heads. We found a great apartment 1 block from the beach and a cafe with "free" wifi!! Of all the strange things, free wifi was scarce any where we went in Australia!!! 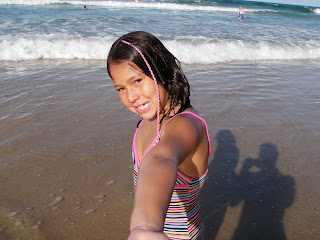 Isabelle before this trip held her nose every time she went under the water. Well, not anymore....she is now learning to boogie board and body surf! 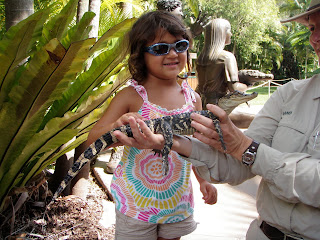 Charlotte petting a baby alligator at the Australia Zoo. 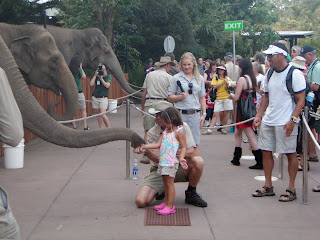 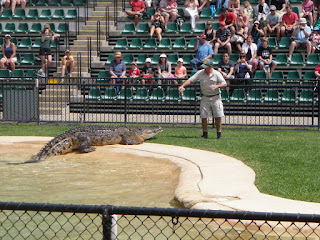 Of course, there was a great croc show....Crikey, look at the size of that thing! 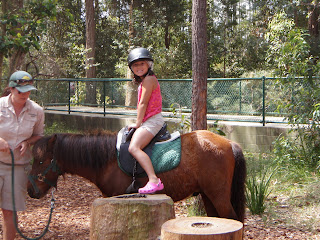 There were even pony rides! 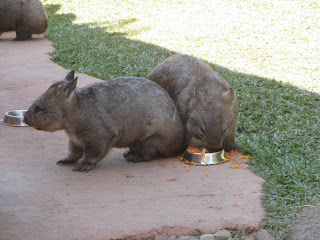 These are wombats. Pretty cute and cuddly too but apparently you don't want to pet these guys. 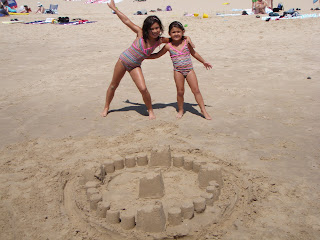 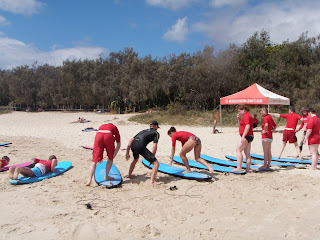 Yep, I decided it was time to take a surf lesson! That's me getting yelled at by the instructor. 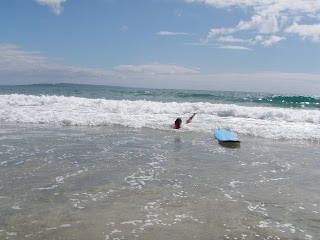 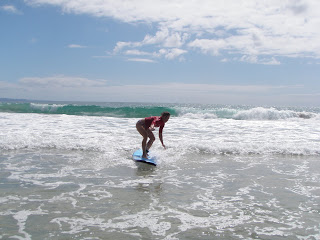 Standing up!!!! OK, this surfing stuff is hard work, after 2 hours I was exhausted! 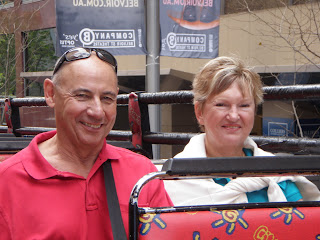 From the Sunshine Coast, we flew back to Sydney where we met up with my parents. They had a few days to themselves (sans kids/grandkids) to enjoy Sydney and then we came in and crashed their "quiet" party. We took a double decker bus tour of the city! 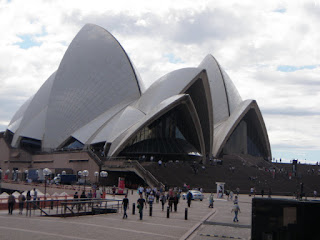 The opera house is just as amazing in person as it is in pictures and movies. 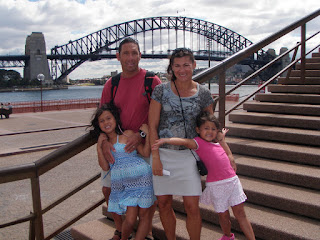 As is the Harbor Bridge... 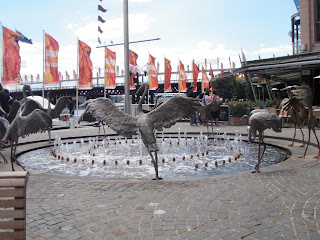 Some random water fountain that I really liked. Sydney is a lovely and clean city!! We will return some day and run the marathon!!! 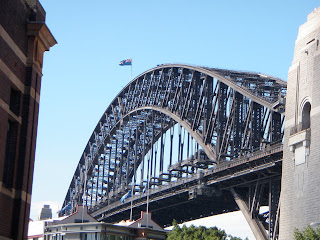 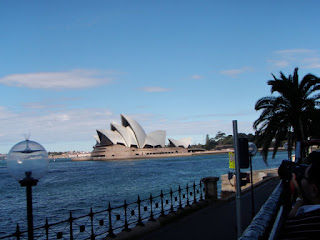