I can't believe how fast this month has gone by.....wasn't it just Thanksgiving a couple of days ago??  Here's a quick recap of what we have been up to the last few weeks (when I had my camera)....it has been a whirlwind! 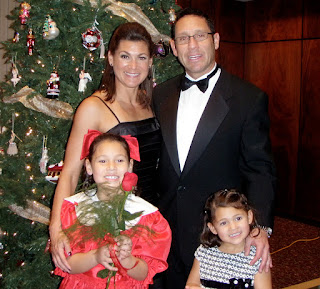 The Sugarplum Ball and the Ford Family all dressed up with someplace to go! 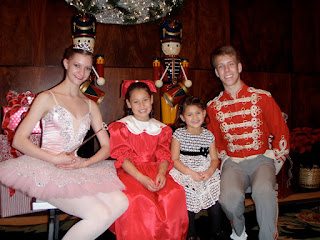 Iz and Char with the Sugarplum Fairy and the Nutcracker Prince 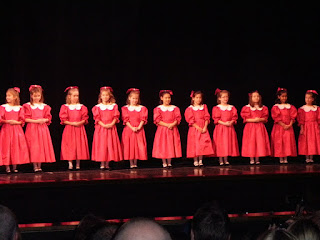 Isabelle on stage at opening night of the Nutcracker, she cannot WAIT to be in the actual Nutcracker ballet next year! 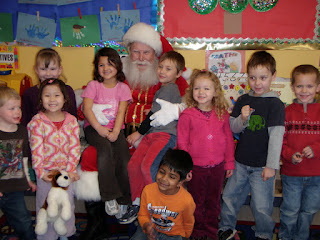 Charlotte's preschool class with Santa!  Just so you know, that's her future husband Parker on the other side of Santa's lap.  (she told me they were going to get married one day. And then she said she didn't want to have babies because she didn't want to get fat.....hmmmmmm) 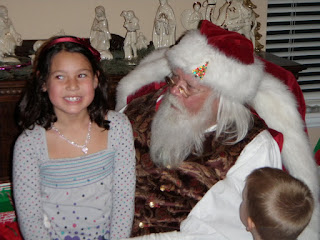 At the Carpinello party, Santa showed up.  The kiddos, including Isabelle, were sooooo excited!! 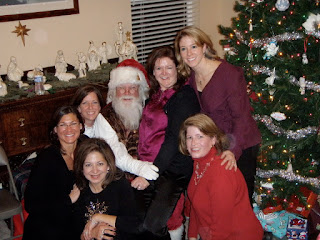 And what did the girls ask for?  Well, just look at the smile on Santa's face!! 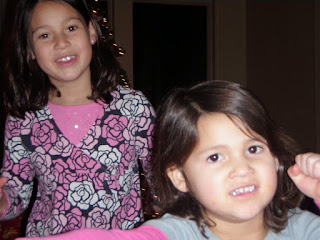 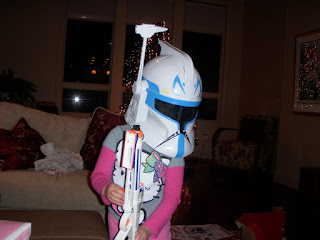 What can I say?  Charlotte had absolutely no interest in dolls or dresses.  Just guns and Star Wars toys please! 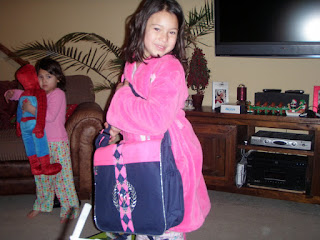 Isabelle is on the verge on not believing....but as of Christmas morning, she was still firmly in Santa's court!  (yes, that's Charlotte in the background hugging her Spiderman pillow)

What a beautiful little family you have! Love the pictures!