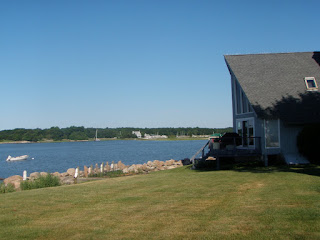 Race weekend in Connecticut was an absolute blast, a girls weekend with PIC and Kathleen.  Hanging out at the aid station with my Team Trakkers peeps.  And the most awesome of homestays.  What about the race you ask?  Well, that wasn’t as much fun.  For me. 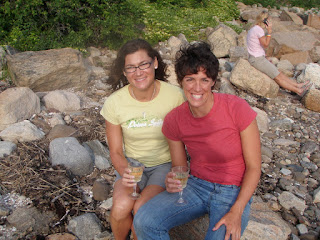 Going into the race I had heard reports that it was difficult.  That the bike was even tougher than Rev3 Knoxville (which at the time I questioned the legitimacy of these reports because I though that bike course was tough!).  That the run was brutally hilly too.  On Saturday, Anthony, Sonja, Kathleen and I rode some of the run course and what I saw looked pretty tough.  MIle 4 of the run just went up.  And up. And up.  We only rode a couple of minutes on the dirt road before turning around and as we were making our way back to transition for packet pick-up, I was wondering why I was being left in the dust on my bike and then I realized my back tire was flat.  Well, good thing it happened today right??  Ha.  With a little help from my peeps, we were on our way again in no time.  And that’s when Anthony got a sympathy flat for me.  I told him he didn’t need to do that but that’s just the kind of guy he is!!  Anyway, we didn’t drive any of the bike course and I’m glad we didn’t.  I’m not sure I would’ve left the house if I’d seen the bike course!  Clearly the race director (yes Charlie....YOU!) has a sick-o sense of humor.
Even knowing this though, I was incredibly relaxed before the race.  This may have been due to our amazing homestay with Sonja’s family friends, Vahid and Shalla.  They hosted us in their beautiful home on Long Island Sound.  It was almost an hour away from the race site but it was absolutely worth NOT staying in a hotel.  They had some friends over on Saturday night and they brought fresh clams and clam chowder!  We had a wonderful meal and even better conversation.  I slept great that night and woke up still relaxed.  I did get a bit nervous on the drive in, especially because we managed to hit every single red light on the way there, but I still managed to get down a bagel and a mix1. 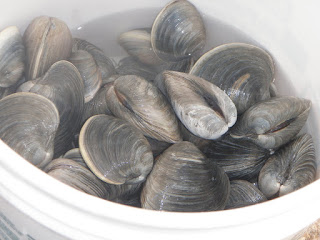 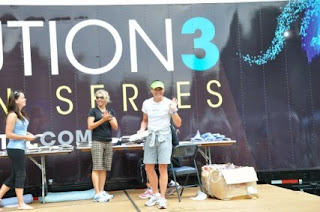 Team Trakkers had an amazing presence at Quassy and there were podium finishes all over the place!  Anthony was 3rd in his age group, Kathleen nabbed 2nd overall, Kelly won her division, Megan was 2nd in her age group.  Sonja knocked it out of the park on race day!  She won her age group and was 4th overall.  But more importantly, she now knows that she is ready for her race in 3 weeks....... Go Sonja!! 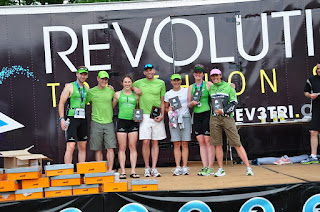 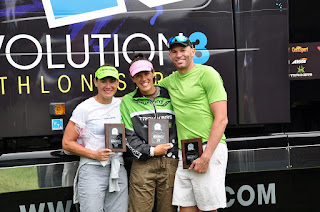 The lingering question right now is will I return to Quassy next year?  Yesterday the answer was no way.  Today the answer is no.  Ask me again in 2 days.
Posted by Michelle at 8:57 AM

Girl, you are awesome. I am so proud to have a tough chick like you representing the same team I am on.

Oh my gosh!! I am cracking up. I am Blue Seventy!!! :) A friend of mine from blog world posted on my blog that she thought the girl I was referring to on my swim leg was you..and she gave my your link. How fun! Great swim and great race! It was Horrendous for me as well. We did have a very well matched swim didn't we! I swam into that dock at the end! I crashed right into it! That stinks about your flat...so so frustrating. And yes, I saw tons of flats out there too. The run---insane. Hardest race of my life too. I can't imagine I'll go back either. Congrats!! Hope to see you out there again! (www.angesdrivetotri.blogspot.com)

You rock Michelle! That hard of a course, getting a flat, having a soft tire, not hitting your hydration and fuel intake - and still pulling off a 2nd place! I'd say that's a great day.
Think of it this way; when you go back next year, you'll know what to expect and will hit it even harder.

I loved this race report!! I can only hope that one day my bike and run look like your bad and ugly!!

Congrats on a great race and awesome mental toughness to hold it together out there!! I'm proud to be a Trakkers teammie with the likes of you!!

Great (and very authentic) race report. I enjoyed reading it and look forward to the chance to meet everyone.