Today was supposed to be Col du Telegraphe and Galibier (highest climb of the tour).  But it continued to pour down rain.  We considered Alpe d'Huez.  But it was 38 degrees 3k from the summit.  So it was decided to wait until the next day for that epic climb regardless of the weather.  The group drove 2 hours from Menthon to Bourg d'Oisans (base of Alpe d'Huez) and decided on a "recovery" day.

Sounds good to me!!!  But that also meant 2 back to back brutal days (alpe d'huez followed by Telegraphe/Galibier).  It was raining but the six idiots (me included) took off for Telecabine (gondola) to Les Deux Alpes. But when we arrived at telecabine we had only been riding 35 minutes, we were warmed up and it had stopped raining.  We continued on to St. Cristophe (described as a gentle climb followed by a fairly steep climb to St. Cristophe).
I thought we had done the steep climb.  I was ready to turn around and go to lunch.  But Lisa pointed up at the side of the mountain and the road. Wha???  It was literally straight up the effing mountain.  No joke.  The switchbacks were incredibly steep.  I refused to look to the right because it was straight down.  Don't look down don't look down.  Just keep pedaling just keep pedaling.  But this valley was unbelievably gorgeous.  The waterfalls were amaze balls.  The town we came into was just classic Europe.  Flowers everywhere, skinny streets, the church and the gravestones with dates of 1914 and earlier.
Of course, when we decided to stop, Lisa mentioned that we had blown off "recovery" day.  Yeah, that made sense since we had just climbed 3k+ in 30k.  Ouch. 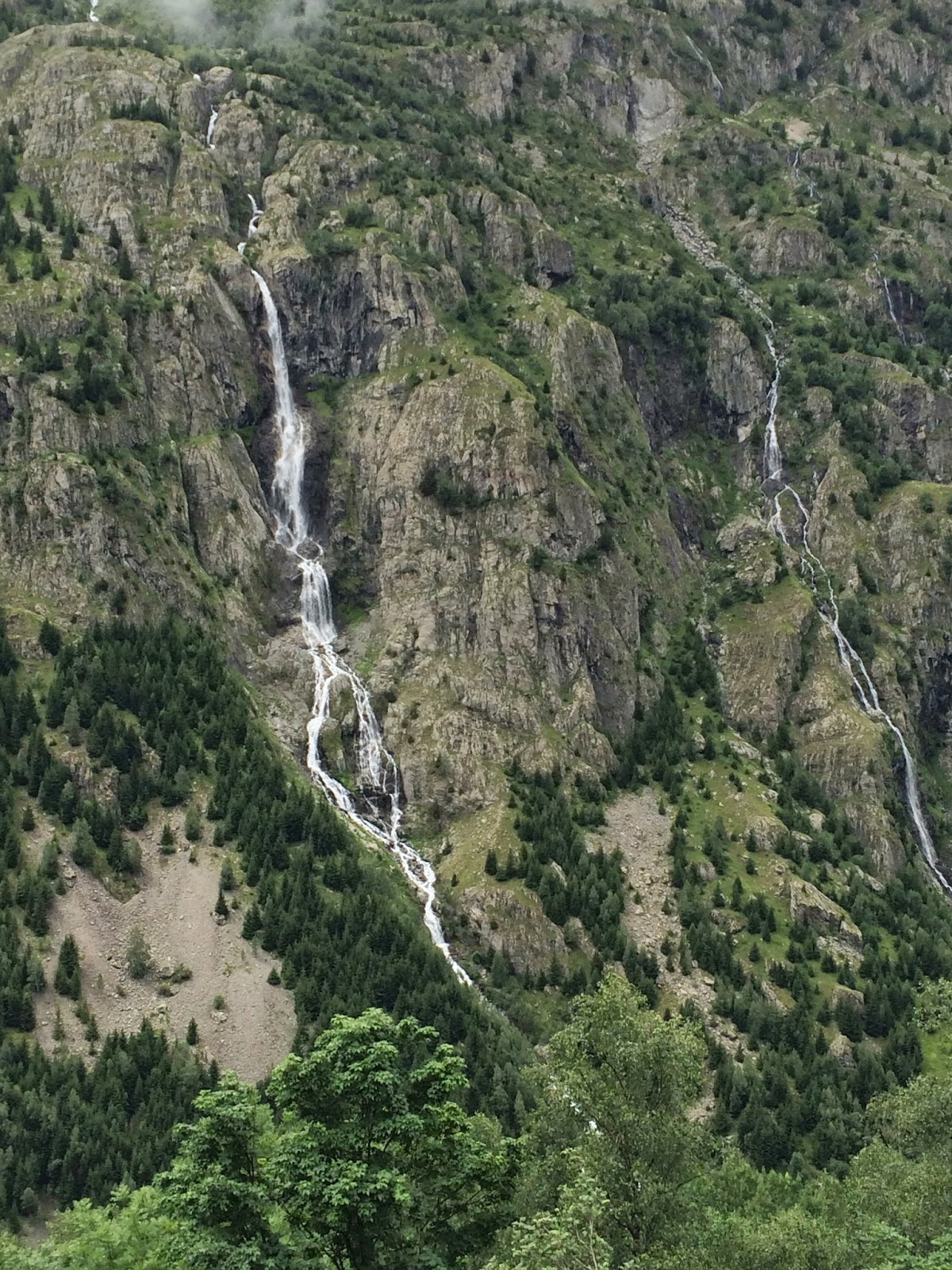 The descent was a bit scary….do not look down!!  But in no time we were on the telecabine to the ski area base of Les Deux Alpes.  I am totally coming back here one day to ski - it looks fabulous.  We stopped into a pub and I was freezing my arse off.  I switched into some dry clothes and slammed a hot chocolate laced with cognac and baileys and whipped cream.  And then had a cheeseburger and fries.  (remember this for Day 4) 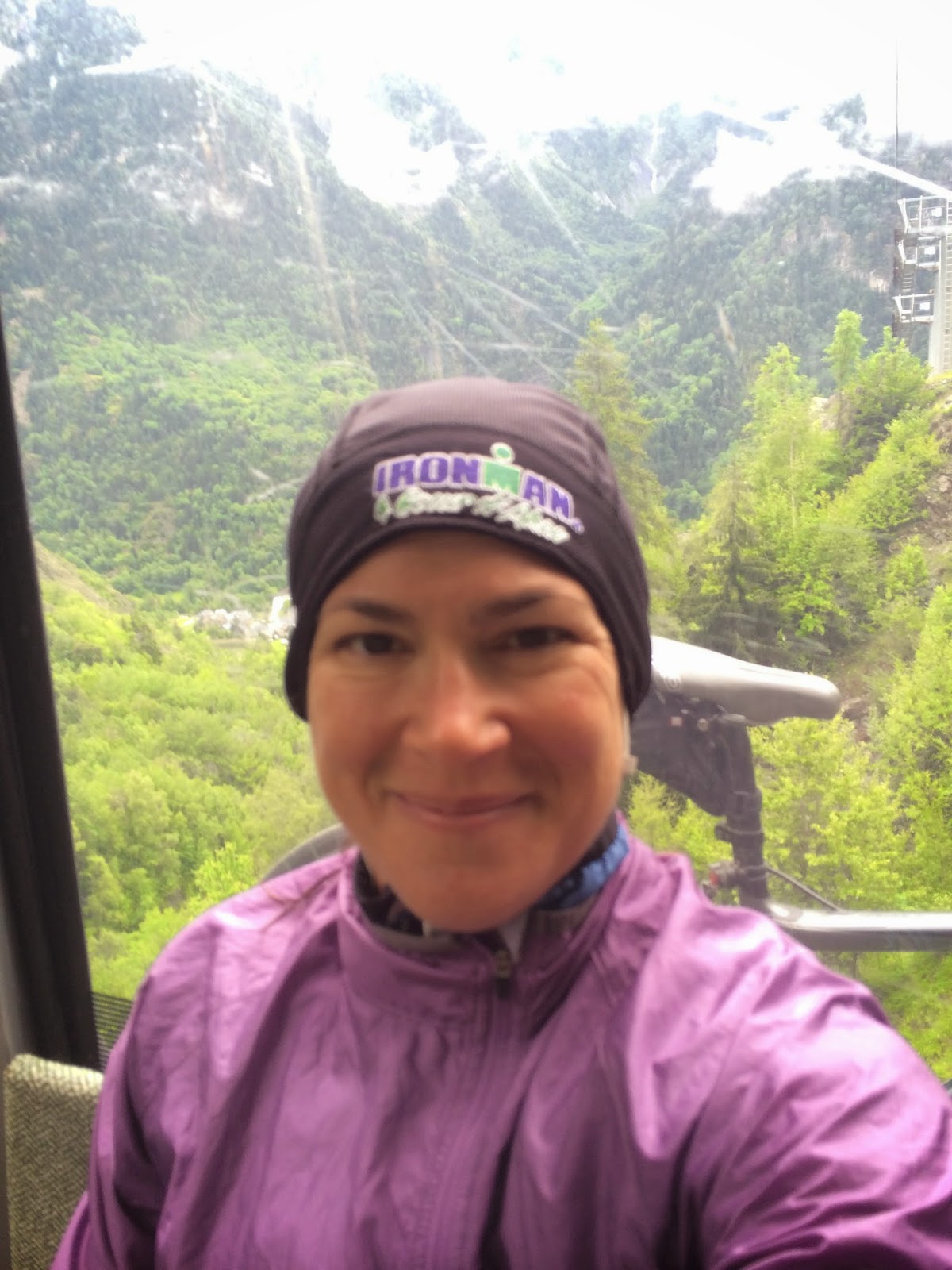 Food service does NOT happen quickly in France.  So after what seemed like forever, we finally ate and decided to descend and then ascend to La Grave.  But after the descent, the cheeseburger was wanting to make a second appearance and I opted for the van ride to La Grave.  Not proud but I also didn't want to blow chunks on my bike.

The day ended with a lovely massage with Bruno who is now known as my moto-man.  Yes, after the massage he gave me a couple of pills - which he said were all natural but would help me up Alpe d'Huez in the morning.  I really didn't care what they were - if he had said EPO - whatevs!!  I'm in!!!

Then a lovely team dinner at the hotel where I had duck for the first (and maybe last) time.  (once again, remember this for day 4)  My sis had planned a 70th birthday celebration cake for my dad and everyone had a blast eating cake and wearing silly sunglasses.  Great hotel, great staff, great dinner. (Hotel: L'Edelweiss) 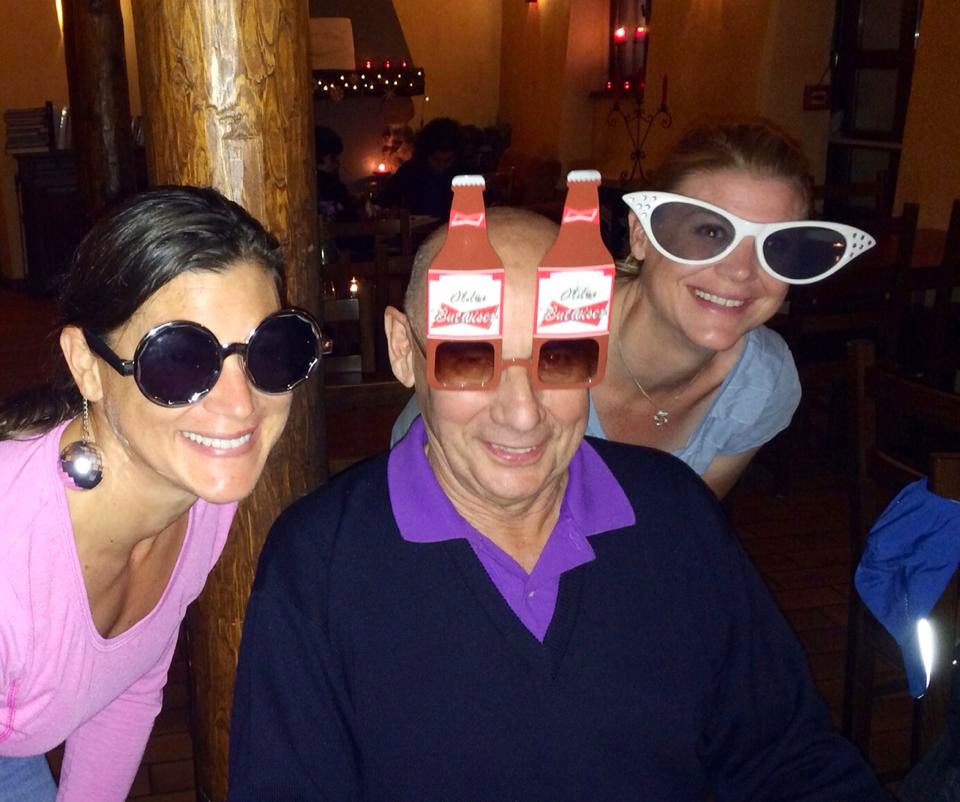